Fire protection of the structure of the Aircraft hangar is usually not needed. The hangar is a huge space, and there is not sufficient fire load to damage the main structure; except of course the fully fuelled aircraft itself.

Since the aircraft is many times more valuable than the hangar, it is more important to prevent fires, and to extinguish any aircraft fire. Generally aircraft should not be fully fuelled in the hangar. Multi storey annexes around the hangar may need fire protection to the steel work to ensure enough time is given for those above ground level to escape before the fire damages the integrity of the structure.

Firstly, roof mounted sprinklers operated with fire detectors are not the right thing for maintenance hangars as aircraft innards and electrical systems are often left open during maintenance and therefore unwanted sprinkler use can cause more damage than the fire itself, furthermore, sprinklers do not damp down an intense fuel fire.

What is needed is a system of foam fire suppression cannons – these must be situated all around the perimeter, each covering a selected arc. They should be controlled manually or by a sophisticated automatic system during working hours so that there is no chance of them being set off accidentally by a small area of intense heat.

Out of working hours the cannon should be set to automatic but it must be set to trigger independently and to cover the minimum arc. Since a fire often results in the failure of electricity supply, the foam system should have its own standby generator, it also needs mixing and pumping equipment, foam agent supply tanks and a water supply tank, preferably gravity fed. These should be in a separate compartment, and the generator should start up immediately that an electric supply failure is detected.

The hangar itself is a one storey building, which helps evacuation. The normal rule is that all personnel should be within 30 m of an exit, but in a hangar this is often impossible; panic doors should be placed all around the perimeter of the hangar. In a hangar wider than 60m, then there should also be panic doors in the main doors, and preferably even these doors should have no ‘threshold’, no ground level impediment to quick exit.

Since hangars often have workshops or offices or stores on the rear, on one or other side, or even on all three sides, a safe method of exit through these should be provided by tunnels through to the outside. All multi-storey complexes around the hangar should of course have compartmentalised fire stairs leading directly to outside doors.

Oxygen – Any maintenance and re-charging of Oxygen systems should be carried out in a building which is separate from the main hangar and workshops. High Oxygen concentrations can turn any location or aircraft into a fire-bomb, which can explode into flame in an instant, and which a fire suppression system will be unable to control.

Don’t try to light the entire hangar space at workshop lighting levels. Use low level general light and focused portable lights. Don’t forget that most of the work takes place under the wings.

Mezzanines and docking can be built as and where you like, temporary, permanent or removable.

Edge protection allows cheap and safe maintenance of the building in the future. On large buildings we insist on 3 cable handrails and hooped ladder access. Safety regulations require this or else a very costly scaffold, which could prevent maintenance. Most hangars require an aircraft warning light at the top of the building. Changing this bulb without our edge protection would require the entire side of the hangar to be scaffolded.

Jacking slots allow hangars to be built with smaller ground clearance. They are gaps between the roof members which allow the tail of the aircraft to rise when it is jacked. Using these, a 747 hangar can be reduced in height from 25m clear to 14m clear height throughout, with a jacking slot to 25m. 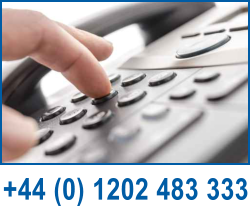 Regardless of project size, we're always happy to discuss your specific needs,

so why not pick up the phone and we'll get you connected with the best person for the job.

If you'd like to visit us in person we are located centrally on the south coast - just click on the map for our location and travel directions. 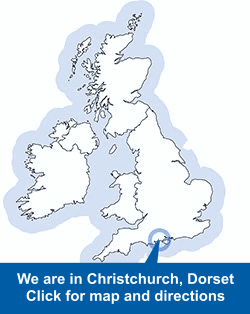 It doesn't matter which country you live in - Over the past 90 years we've shipped to and built our structures all across the globe, even in some of the remotest locations imaginable!

REIDsteel can manage your entire project from inception to completion, all under one roof .

As a CE Marking approved company you can be certain that your projects will be fully compliant with current legislation.

A lawful requirement for UK and EU structures since July 1st 2014.